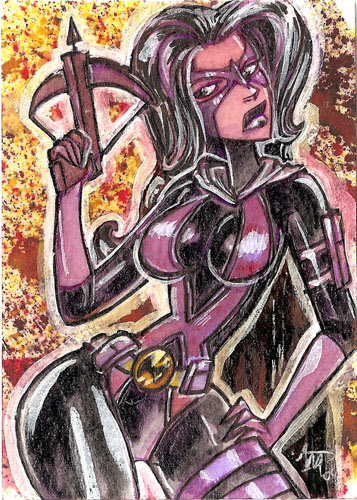 I had a great time. I went by myself cause it was to short notice to get any one to come out. But it was wonderful! I saw a lot of things tonight. Somethings reminded me of being back in NYC. ( miss it there).

People sitting on street corners begging for money in creative ways. I school bus art gallery that had graffiti all over it and when you walked in it was like entering another world. The local capoiera Troop out fighting on the street and playing music. Got to see a bunch of bands playing some live music and Spoke to a few artists who were renting studio space and selling there work. Saw some line bag pipe plaers and that was pretty amazing and a girl grabbed some box tape and helped me wrap some posters around a few polls while I put out fliers for the Arts Flea Market tomorrow.

Got to see a art show/auction where the money went to support a men's homeless shelter. Saw some people doing a live painting in the back alley of a coffee shop. They had innocence burning everywhere and it reminded me of when I use to do Ashtanga Yoga every week.

Sometimes KC seems like a different place than it was 4 years ago. Especially with the new Sprint center right in the center of mid town.

The cool thing about walking around by myself was no one to like wine about how they were ready to go and they didn't want to go to so and so gallery. Not that it happens all the time or anything but sometimes you know, when you have other people with you , you have to cter to there needs on top of trying to have a good time your own self.

Another cool thing I did today was I got to meet with my good friend Rick Staci. and we ate some BBQ and talked about old times and really caught up on things. Talked about Kuberts and stuff. I thought the most interesting thing was how he was saying that you have to pay your dues so to speak. Go through a bunch of B.S. and struggle a bit doing what every it takes to live your dream until things turn themselves around. He talked about hoe he use to to book, role news papers and work a full time job all at once before he "came to his sinces" and started making changes in his life. He is suck a wonderful, lovable inspiring high energy guy.Being around him will lift your spirits cause he has so much passion for his craft. You can see it in his eye. He glows when he talks about comics and being able to draw Batman and Superman.

Anyway, I hope any locals will come out to the art flea Saturday and visit. Otherwise see ya when I see ya! 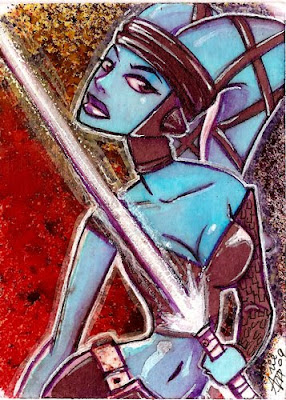 Ok so check this out. I listed a bunch of stuff on ebay the past week or so and here is the math for how much money is getting paid out to these companies when you are trying to make a living online. I think this is insane ok.

ok I brought up a total of $116 from selling my personal art through ebay.

ok that doesn't sound so bad right at first.
Ebay puts priority on listing items that have free shipping so they show up first in a search on there site. So charging for shipping is discouraged if you want your items to sell. So I listed the items as having free shipping. My total shipping cost came to $17

Now of course ebay will only allow you to accept payments through paypal now. you can't take money orders anymore. Pay pay charges you a fee for having money transactions. my fees for this were $4.16

My total fees after everything totaled $17.16

if you add the cost of listing with free shipping it comes to $34 in shipping handling paypay and ebay costs. ANd I don't even list that often. I can't imagne what kind of bill a person my rack up though ebay if they are selling multiple items.

Now image how much more money I would have to charge the consumer if I didn't want to swallow the cost myself. Would have to charge up to $35 for a item I would usually at $25 to actually make the full profit I would have originally gotten if the person paid me with a money order and I sold the item without listing on ebay.

I want to send out well packaged items after all. Heck I can spend $80 on art supplies so I can have something to paint on. It is going to take for ever to make the money for the Baltimore comic con. Guess I better get to the drawing board.
Posted by Draw Like Crazy

A bit of a change of pace 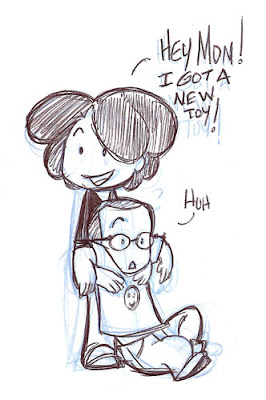 I didn't miss spell mom it just looks like I did.

Anyway, I wanted to touch on a couple of things today. First off the Marvel Disney merge. I know I am a bit late on writing about it but I wanted to give my 2 cents. Many artists have felt frustrated because they do a lot of fan art and they run the risk of getting in trouble. A few people have had there ebay accounts either suspended or removed start literally on the day Marvel and Disney merged.

My friend sherry sent me some interesting Articles though. the first one was about a few daycare's in Florida that some years back had to have murals of Disney characters removed from there walls. You can read it here. The other touches on some opinions expressed over at the Comic Book Resource website.

But what it really comes down to this. I think Us artists that make and sell fan art are simpley relying to heavily on other peoples characters. Even if you are an official Marvel Artist is it really ok to reproduce prints and drawings of characters that don't belong to us. After all we are making a living on this. When you go to conventions the tables are lined with sometimes hundreds of artists in Artist alley selling books and prints filled with "fan art." Marvel has turned a blind eye to it a very long time, but if disney will take a little day care to work for having mickey mouse on there wall I think a lot of us are going to find ourselves reducing the amount of fan art we are making and selling without the permission of these different companies.

Not only that but they might want a cut of the profit.

There can be a good side to this. We may start seeing more independent publisher in Artist alley. Artists promoting and sellign there own ideas. I know one of the things i did at the last convention I went to was I layed out all my fan art and right next to it I put out my own work. And people start asking questions. it gives them a chance to get acquainted with a little something new. Heck i mean where would Chris Sanders be without Lilo and Stitch. He might still be popular but he would still have lots of unknown art under his arm.


I think the arts community should look at this as a plus. The fan art will have to be kept undergraound but we will be forced to show ourselves to the world though our personal work. I have huge amounts of Mainasha work that no one has ever seen I guess I will pull it out an 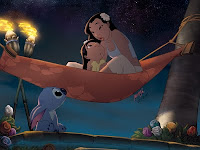 d start doing more of it. It is a good thing right? 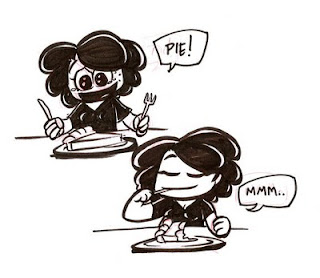 So I signed up for the Art flea market and I am getting a free table!! I am excited. I just have to pass out some fliers down at first Fridays and stuff and I will be all set togo!

I am also going to make a batch of new earrings and charms so I have some more stuff on the table. 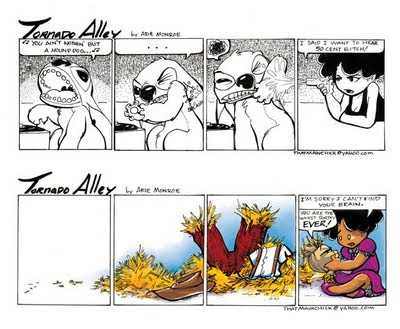 It's an Art Flea Market. 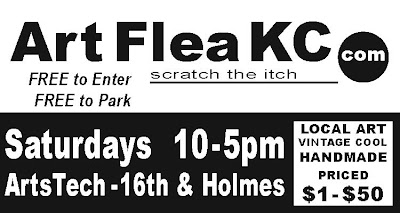 The table will be $25 I hope they will let me in. It seems like a great way to get my work out locally and stuff. 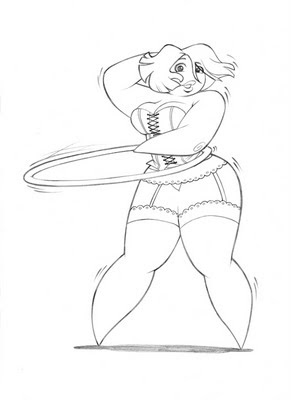 You know sometimes I really wish eBay didn't cost so much. I set up a "Buy It Now" and it cost like $1 at least for each sketch card I sell. Then I still got to pay to ship things and gotta pay PayPal every time I get money through there, as well.

I was thinking to my self, man, I wish I didn't have to charge so much on the sketch card prints but, when it is said and done. There are so many fees that I would actually loose money if I charged the price I want to charge. It would be more like paying eBay to give away my art.

One of the things I enjoyed about the convention was I could make my stuff affordable to anyone. Even some of the young kids there could easily afford more than one of my 4 x 6 prints.

That is why at some point I want to start doing more transactions though my website Drawlikecrazy.net

I have a new layout done but I gotta get the galleries complete. I want to be able to accept like money orders and stuff which eBay won't do for some reason.
Posted by Draw Like Crazy

Man this weekend so so over stimulating. When that happens I forget things I hate that. But I met so many amazing people and hung out and had a great time. Even got songs played in exchange for a drawing. It really lightened a the mood.

Some of the amazing people I hung with this weekend were:

Ed Bickford and his Bro: http://edbickford.blogspot.com/

And there were many many more wonderful people there. I am very sorry if I didn't give you your props note me and you will be added.

Special Thanks to The Mo-Kan Staff and especially Keith Briggs who provided me with a table on the day of the Convention.
Posted by Draw Like Crazy