I Am Late But It's Not Another Day Till the Sun Rises! 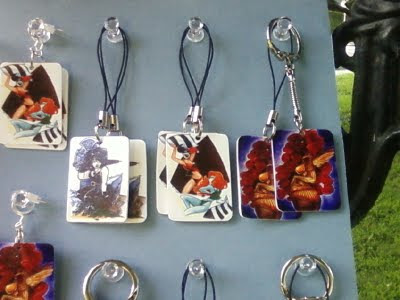 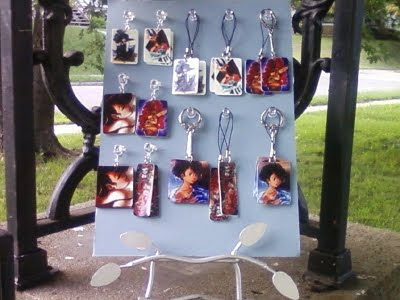 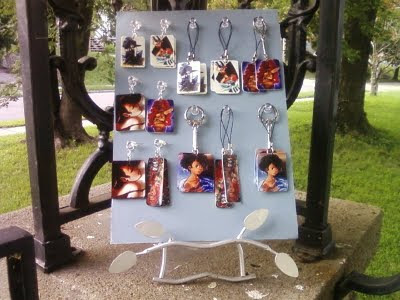 I know I am supper late today with posting. It is a good reason for it though. Today I attended Mo-Kan Comic Conspiracy. Thanks to all those that made this a blessed day for me. I got to see some long lost friends and even ran into some former QB's and I got to relax and share my art work with others.

Today was one of the most blessed days I have ever had. Wonderful people. hanging with friends listening to a guy play some live music at the table and do some Weird Al while I sang along. Selling earrings and photo prints and just feeling the spirit of God moving all around me today. It was Amazing.

Later this evening I went and saw Ponyo! I loved it so much. The inspiration that it gave was exhilerating. I good just image Haiyao Miyazaki Sitting at his drawing table and being inspired as he worked with a furosious passion to get the story to drip from his fingure tips.

The story was so lovely. I was in love with the characters from the openning scene. As I road home I felt nothing but inspiration and joy and love all around me. It was a spiritual experience.

Anyway i will see you guys tomorrow. And thank you to all that bid on my auctions.

This money will go toward the Baltimore Comic Con. 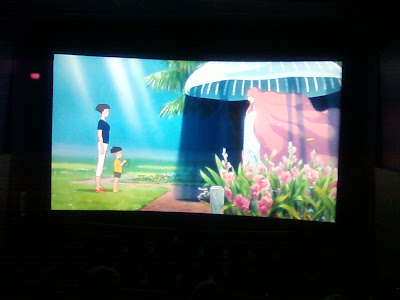 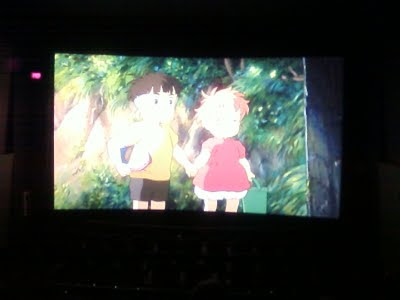 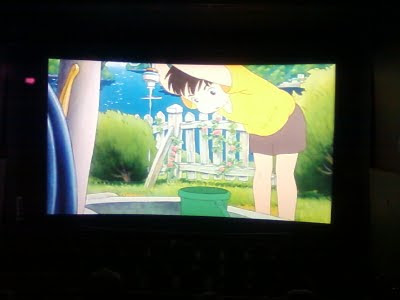 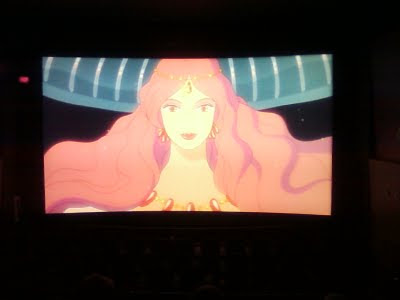 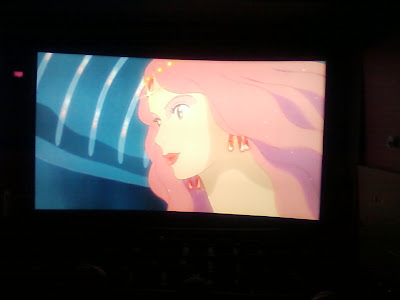 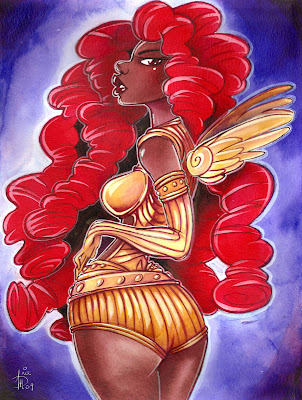 I finally got this finished up. So what I did was I put down straight flat color on top of the under painting. I used Dr. PH Martin Dyes transparent watercolor. It is very bright.

On top of that I used some white gouache. The gouache picks up some of the water color and it makes a good highlight.

To get some nice pure whites I went over the top with a white Gell pen and added some pure white highlights. I gave it one more Spray with the Krylon and let if dry.
Posted by Draw Like Crazy 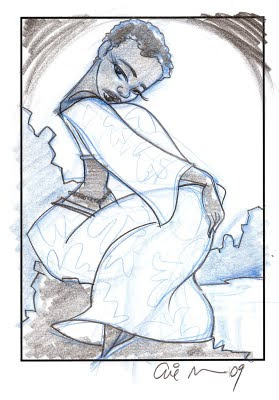 It has been a crazy week. I have had a hard time getting to the drawing desk because I have been trying to prepare for Mo-Kan. I bought some things to just try out like I want to make some cute little earrings and stuff with my art on them.

I also been getting in contact with some local comic shops and making some connections that way. I want to be able to sell my books in the shops once they are ready to go. I am still working on raising money for conventions, as well. If you haven't already you should check out my eBay auctions. There is about 2 days left.

I also have prints available on eBay now. I started doing sketch card prints. This is the card i have available right now. Once I sell enough I will choose some other things to get sketch card prints of and get them up there, but this is it for now because I am experimenting.

While I was at one comic store I talked to some people that said they had an Open Mic Night next door so last night I stopped by and they even asked me to single. So I did "If I Ain’t Got You" by Alicia Keys with no music.

I was so nervous because I have never done it before. I feel like if there is one thing I need to get rid of it is my lingering shyness from childhood. I was telling some of the guys, "you know I feel like sometimes I get so nervous when I have to put myself out there and talk to people and I know it comes from when I was a kid". Even at comic Shows I find myself uncomfortable, but I want to get my work out there you know. I really feel like I want to concur those emotions.

I have always been painfully shy. It was even worse in high school. I could barely talk to my fellow classmates without falling apart unless I knew them really well. It is a huge hurdle to jump over. When I started college and was doing caricature at amusement parks where I had to be forced to talk to people walking by and get them to sit down so I could draw them and I had to let them know I was there it started to break up some of that fear but from time to time it is like that way of thinking creeps back into me.

I have always loved to sing and I want to sing on stage but I have stage fright like a Mo Fo. I don't want to let that get me down anymore, because that represents this deeper fear of other people that continues to linger.

So yesterday was interesting, I ended up not getting a single thing done. I had some running to do to get done with some stuff to get ready for Mo-Kan. The funny thing is that I didn't get a table for mo Kan. I was going to but after talking with friends at the Drawing Frenzy I found out the $150 for a table was actually for venders and stuff but some people said I can come along with them or try to talk to some one at the con if there are any open unused tables to set up shop.

Adam Hughes was supposed to be there but he canceled so they think the con may not have as good of a turn out as expected.

Anyway, I was out at Lawless Times and Comics and talked to Lawless himself, yesterday. It was a fun little time. I ended up being there for like 3 hours though. I was gone all day. He will be at Mo-Kan next Saturday.

But really though the thing I am most excited about is the Artist Flea Market. I will start having a table there in September. You can sell your handmade goods and artwork for under $50. It is like practicing for a comic convention! I hope to use this to enough money to go Baltimore Comic Con in October.

I want to make earrings and necklaces and stuff with some of my pinups on it so I plan to get some Shrinky Dinks. So right now a lot of my efforts will be going to making enough money to pay for this convention. I hope to go up there and look for more pro work and show my portfolio.

Last but not least, I have some prints up for sell if anyone is interested. Right now all I have are the 4 x 6. But as soon as I get some more money coming in I will have 8.5 x 11 and 11 x 17 available. I am also working on putting together a series of Sketch Card Prints for Sale.

Anyway, I am trying. Thanks to everyone for the support.

I have some new items listed on ebay. Trying to get the money together for a convention in october. Me and my friend Sherry are planning to be at Baltimore Comic Con this year.

Also wanted to go to the Mid Ohio Con but we decided not to cause they are one week apart and I am not sure I can pull it off honestly.

Anyway, here they are the new items listed.

You can find them here: 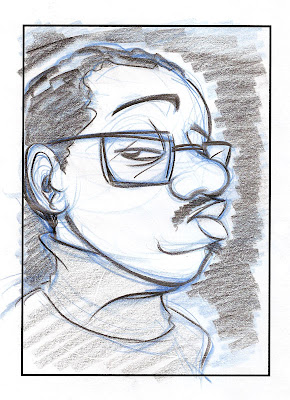 Ha ha! I bet you thought that today you would get to see the final on the color piece. Well not exactly, but it will be finished soon enough. It has been a busy weekend after all.

Yesterday I was out most of the day. I took the day off to spend on family members after spending all week playing catch up on commissions and so forth. I am still not done. I’ve got about 11 more illustrations to catch up. I also will be starting a Sketch card set with Dean Yeagle's character Mandy. I am doing 56 cards for this set.

So yeah you guys have to settle on a sketch I did of my guy today. He is a good person and I have this pic of him on my phone that I really like so I drew it.

Today was also busy. I went to Drawing Frenzy and soon after I got a call inviting me to the ethnic festival. That was a very fun event. There was much food from so many cultures and me with no cash. My friend Becca spotted me so I could get in. Thanks Becca!
Posted by Draw Like Crazy 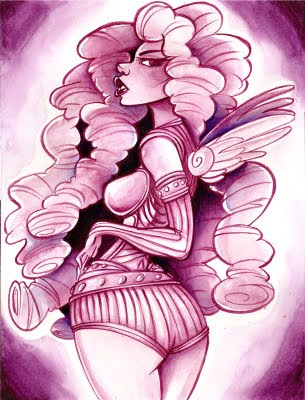 Here is the final under painting. I beefed up the contrast a bit and I am ready to start laying down the flat water color.

I used a deep purple and blue mix to add some coolness to the shadows.
Posted by Draw Like Crazy