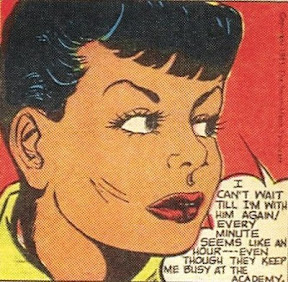 Many people don't know about Jackie so I wanted to share some information about her and the Ormes society. Please take time to visit the Ormes Society website which showcases artwork of pioneering young Black women working in comics!

This lecture was given here in my home town in Kansas City!
Posted by Draw Like Crazy

I am doing 30 minute quick sketches each day at least once a day. This will include commissions so if I am doing a sketch for you expect to see it very soon.

Once a week I pick a character this week I chose Harley cause I have a harley commission to finish up. Next week will be Topless Harem Girls.
Posted by Draw Like Crazy

So I was up early today and was watching a new show where they were talking about a new thing called Co-working. What this is, is people that usually work at home get together in a communal space where they are able to work in a office environment that is outside there home.

Based on the research I did, it is spawned from meet up groups and groups like my Drawing Frenzy where people literally meet at a cafe just to work and have some human interaction while doing so. The only difference is that it isn't in a cafe. It is in a space that has things like a photocopier, desks, computers if you can't provide your own and all the great benefits of working with other people in an office so you don't have to spend all your time alone in your house.

One of my biggest hang ups of working at home is I never leave my house. I literally spend all my time in one small space and there is no one to talk to. On have long wanted to rent a studio space but it costs about $2 - $300 a month but you are still pretty much by yourself unless you are renting from a place that rents to multiple people. But in my opinion it i still expensive cause the people owning the building are the ones charging the fees. so even if there were multiple people using the space they can still charge you guys individually an arm and a leg.

I think it could really be a cool thing though if you rented an office space and everyone payed a fee to make sure that things like lights and gas and water and copiers and etc are all available. then you just Work.

It is also a great way to share ideas and get opinions from people you are working with, as well as it can be a creative work space for people of like mind and industry.

There is a group called Gajin Studios which follows a similar model. They are a group of Comic artists that all rent a space together and they work on all the same things they would work on at home but in a studio environment. Everyone pays to be there and they have there own tools and so forth but the benifit of a being able to share ideas and sometimes workloads when necessary.

I have always wanted to do this. Only thing is finding reliable people that are professional and serious about maintaining the space.
Posted by Draw Like Crazy 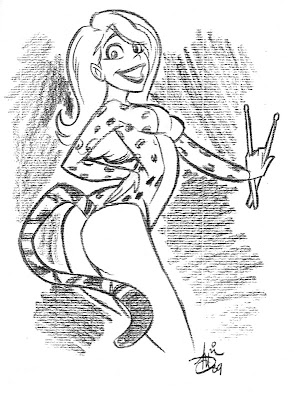 You know, it has been a challenging year. From leaving freelance to working a job that was taking advantage of me, to months of sexual harassment, then going back to freelance and finding it no less challenging to stay ahead. I am still behind on commissions but I am doing what I can to get them done. I have about 4 more people left on quick sketches and about 6 people with paintings but the Book as I have said before takes up a great deal of time. I am actually looking forward to trying to complete everything.

In other news I want to send out blessings and condoences. In the last 2 weeks to lights were suddenly blown out. I friends from school suddenly took ill and passed away and a family member was killed so the family has been very distraught.

I ask that people out there send there prays out for those that are in morning for the loss of to wonderful souls. The Gibson family and the Marshall family.

Yesterday I was at the Book signing at elite comics. I took lots of pictures! It was a great experience and special thanks to the Elite crew for the warm welcome. I was there with my New friend Damont and we both drew from open to close yesterday as well as greeted people and talked to everyone. It was a fun time! Really got me pumped for NakaCon and Planet con coming in February and March.

ALso thanks to my good friend Daryl for coming out. I am going to be drawing him a massive hulk with the Woomp!! and a Shoomp!! I also got to hang out with Super Girl and Greet lantern and Hawk Girl but she was actually dressed as a different character. I took some great pics with them as well!

It was a real blast everyone! Can't wait to do it again.